This is a Tuscan red which encapsulates all the hallmarks of a superlative wine. Possessing body and concentration on the one hand and suppleness, texture, and amplitude on the other, it masterfully fuses the seemingly contrary characteristics desirable of the finest vintages. A blend of Sangiovese, Merlot and Petit Verdot grapes, this is a full-bodied wine with dark fruit notes, hints of cocoa from aging in French oak, and a long, luscious finish.

The Chardonnay is a unique, small production lot, crafted and aged in the Burgundian style. It is both fermented in the barrel and barrel-aged in French oak for twelve months. The wine is full-bodied and rich with ample apple flavors and a touch of tobacco. 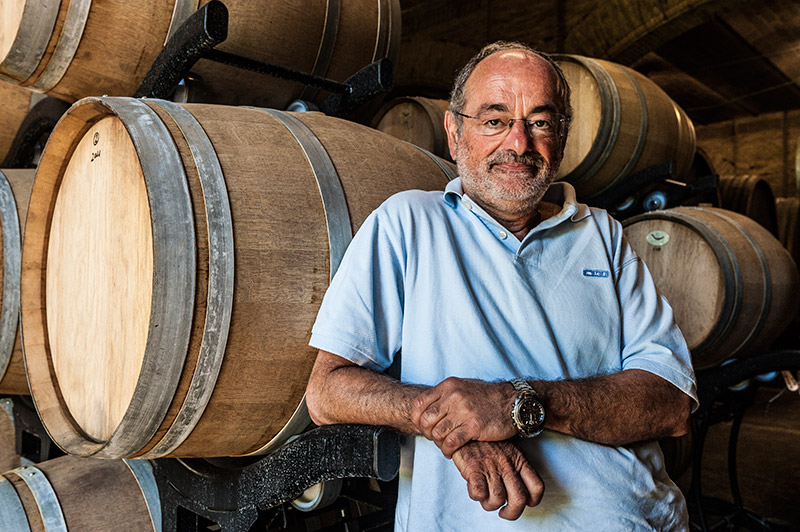 At Barbialla, the project of producing a characterful wine of prestigious quality has been intricately planned from inception. The planting, the subsequent fermentation of the grape and the aging of the wine, was entrusted to Andrea Paoletti, a seasoned professional with a doctorate in agronomy from the University
of Florence. Paoletti entered the industry as vineyard manager and estate director for Italy’s most famous wine-producing house. Then, as a consultant, he has worked all over the world, in various parts of Italy, in Asia and the United States as well. After thirty five years of high level work, the vineyard and the cellar hold few secrets for Paoletti. No mere theoretician, Paoletti has the added advantage of cultivating his own vineyard, making his own limited-production wine which he sells in major markets in Europe and the New World.

The location in Barbialla to plant the first vineyards was selected judiciously: a sweet slope to take advantage of the superior light and solar radiation which a hillside vineyard enjoys.

Sangiovese comprises the base of the blend with it’s 80% of the vineyard surface; Merlot and Petit Verdot have been allotted 10% each. Barbialla is located in a warm spot and the microclimate is aided by the relatively low altitude of its hills and by the nearby presence of the Tyrrhenian Sea. The vineyard soil is a mixture of sand and loam. The abundant presence of fossil sea shells in the terrain deposited during the eons in which the area of Barbialla was covered by the sea, is another important quality factor. The Barbialla harvest normally begins around mid-September. The grapes, once picked (entirely by hand), are brought rapidly to the cellar where they are destemmed, lightly crushed, and fermented in epoxy-lined cement fermenting tanks. The extraction techniques used at Barbialla are gentle, to avoid the presence of harsh and astringent tannins in the wine. Once run off its skins, the wine goes into carefully selected 60 gallon (225 liter) oak barrels coopered exclusively from high quality French oak. It is notable that considerable care is exercised in avoiding an excessive percentage of new oak. Quality red wine and Chardonnay in Tuscany.